Have you been injured?

Assertive Washington, D.C. workers’ compensation and personal injury lawyers ready are to fight for our clients. 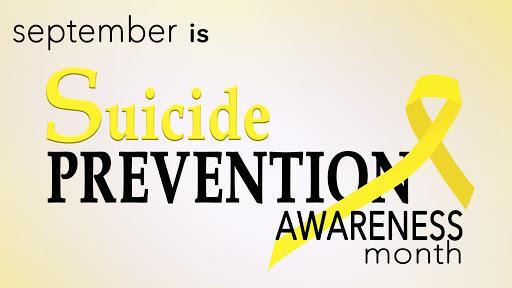 According to the Center for Disease Control, the opioid crisis that we hear about in the news claims an average of 115 Americans each day from over doses. But an average of 123 Americans die by suicide every day.
THE GOOD NEWS IS THAT SUICIDE IS PREVENTABLE.
– Research shows people who are having thoughts of suicide feel relief when someone asks them in a caring way. Acknowledging and talking about suicide may reduce rather than increase suicidal or self-injurious behavior.
BE THE 1 TO ASK
– When lethal means are made less available or less deadly, suicide rates by that method decline and frequently suicide rates overall decline.
BE THE 1 TO KEEP THEM SAFE
– Individuals are more likely to feel less depressed, less suicidal, less overwhelmed and more hopeful after speaking to someone who listens without judgement.
BE THE 1 TO BE THERE
– Helping someone at risk to create a network of resources and individuals for support and safety can help them take positive action and reduce feelings of hopelessness.
BE THE 1 TO HELP THEM STAY CONNECTED
– Studies have shown that brief, low-cost intervention and supportive ongoing contact may be an important part of suicide prevention, especially for individuals after they have been discharged from hospitals or care services.
BE THE 1 TO FOLLOW UP
SUICIDE PREVENTION RESOURCES
NATIONAL SUICIDE PREVENTION LIFELINE
Call 1-800-273-TALK (8255)
Free 24/7 support for anyone in suicidal crisis
Call from anywhere in the United States. You will be routed to the closest crisis center in your area. Call for yourself or someone you care about. Your call is free and confidential.
Never ignore or underestimate remarks about suicide. If you think your friend is in immediate danger, do not leave them alone— stay there and call 911 or the lifeline.
Text “Brave” to 741-741
Free 24/7 support for anyone in crisis
Text from anywhere in the United States, anytime, about any type of crisis. A real-life human being will receive the text and respond, all from a secure online platform. This trained, volunteer, crisis counselor will help you move from a hot moment to a cool moment.
TREVOR PROJECT
Call 1-866-488-7386
Free, confidential, 24/7. Crisis intervention and suicide prevention services for lesbian, gay, bisexual, transgender and questioning (LGBTQ) young people. To view other services info (like text and chat options) and times of availability, visit org.
Depression, anxiety, substance abuse, discrimination, homophobia, violence, gender nonconformity, self-esteem issues, societal attitudes, family, religion and school, all are risk factors uniquely molded within the LGBT community.
RISK FACTORS FOR SUICIDE
Research has found that more than half of people (54%) who died by suicide did not have a known mental health condition. Several other things may put a person at risk of suicide, including:
A family history of suicide.
Substance abuse.  Drugs and alcohol can result in mental highs and lows that exacerbate suicidal thoughts.
Intoxication.  More than one in three people who die from suicide are found to be currently under the influence.
Access to firearms.
A serious or chronic medical illness.
Gender.  Although more women than men attempt suicide, men are four times more likely to die by suicide.
A history of trauma or abuse.
Prolonged stress.
Isolation.
Age.  People under age 24 or above age 65 are at a higher risk for suicide.
A recent tragedy or loss.
Agitation and sleep deprivation.
Other Sources:
Sources:
www.cdc.gov/drugoverdose/epidemic/index/html